My Own Little Santa

34 days to go or 6 weeks to go, I don’t know which sounds better but I do know that it is fast approaching and as usual I still have a list as long as Santa’s to get through!

Talking of Santa, here is one of his little helpers ….. 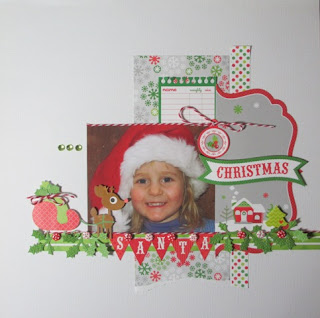 I found this rather fluffy and warm Santa hat in town and was excited to have my very own one, but, like everything … it soon became one of the little peoples!  Sigh!  Still it does make for a rather cute picture!

I absolutely love the North Pole range from Doodlebug and have a few more projects planned for it, which is good as quite a lot of it seemed to just jump into my shopping basket … ohps! It was all the cute characters and clean lines, not to mention the bright cheerful Christmas colours.

I used the Xcut silhouette holly punch to create a border along the bottom.  I’ve had the punch for yonks but still love it!  I am wondering if it is on its way out (or maybe a little bit hungry) as sometimes it keeps the piece of holly it punches out!  Some I have yet to find.

I am also loving the little notepad sheet allowing you to write down who is naughty or nice or simply use it as a journal block.

Talking of notes, I had better get making some of my own
Thanks for stopping by

Beckie
Just a girl who has been let loose with paper and scissors. Can I make a mess ... You sure bet I can! Living Life To The Full and Scrapping To Preserve It!

My Creations are Here

My You Tube Channel

Wee Tutorials From Me 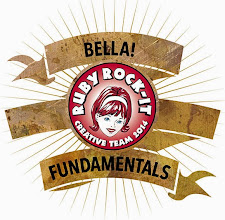 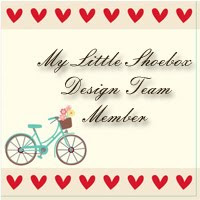 When I stand before God at the end of my life, I hope that I will not have a single bit of talent left and I can say, "I used everything you gave me." -Erma Bombeck